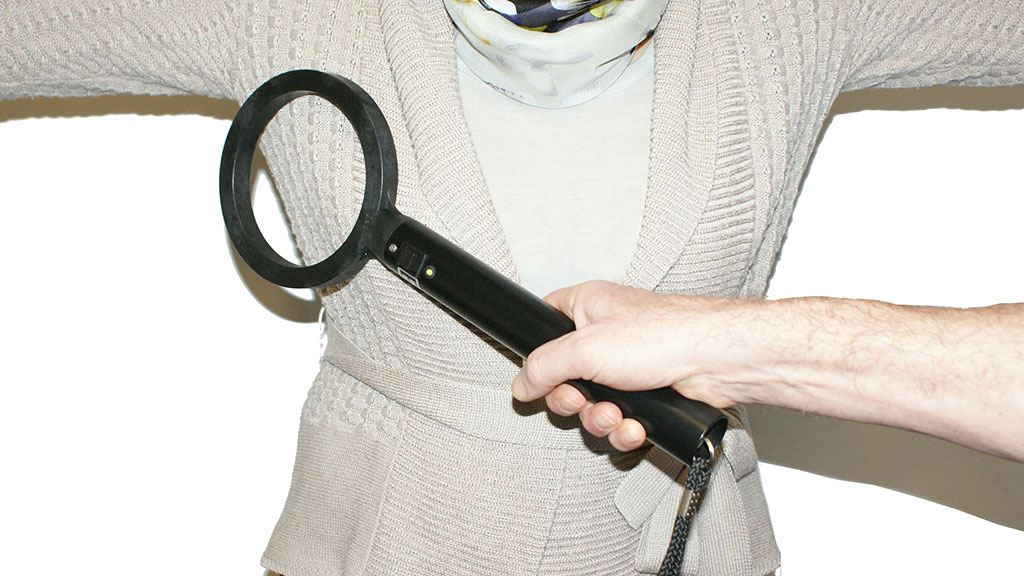 The handheld metal detector EB 607-2 is characterized by its robust metal design and has proved itself internationally in security checks and in particular in penal institutions. The forerunner of 607-2 is widespread by the thousands having performed many years of daily service. They are common at passenger airports, with the police, in prisons, in courtsand in the military. On request the handheld detector can be supplied with a baton-type probe (Ø 22 mm) to assist in pinpointing very small metal objects. The Z-version has proven its particular worth in detailed checks at prisons where very precise and detailed security checks are inalienable. The probe type is also a useful tool to inspect letters, flat parcels and jail cells for illegal or dangerous metal items.

The EB 607-2 handheld can detect items of ferrous and non-ferrous metals as well as alloys. It consists of a tubular aluminum handle with built-in electronics, batterycompartment and controls. The handle is flanged to ahalo shaped ring coil of 145 mm diameter. EB 607-2 is powered by a 9 Volt block dry battery (IEC no. 6LR22) or a rechargeable NiMH battery (PP3) of same dimensions.The ring coil version is applied wherever metal objects of some size have to be found, such as in example dangerous knives, knuckle-dusters or parts from weapons and similar.

The ergonomically shaped handheld detector is easy touse. The rocker switch for ON/OFF and operation mode is placed next to the operators fingers when he holds the device in operation. It has two settings: with the switch in upper position the audio alarm mode is selected, when in its lower position the rocker switch activates the vibration alarm mode. The preferred detection sensitivity can be set by a flush-mounted adjuster inside the battery compartment while the device is operational. The optical alarm (red LED) remains the same in bothoperationmodes. 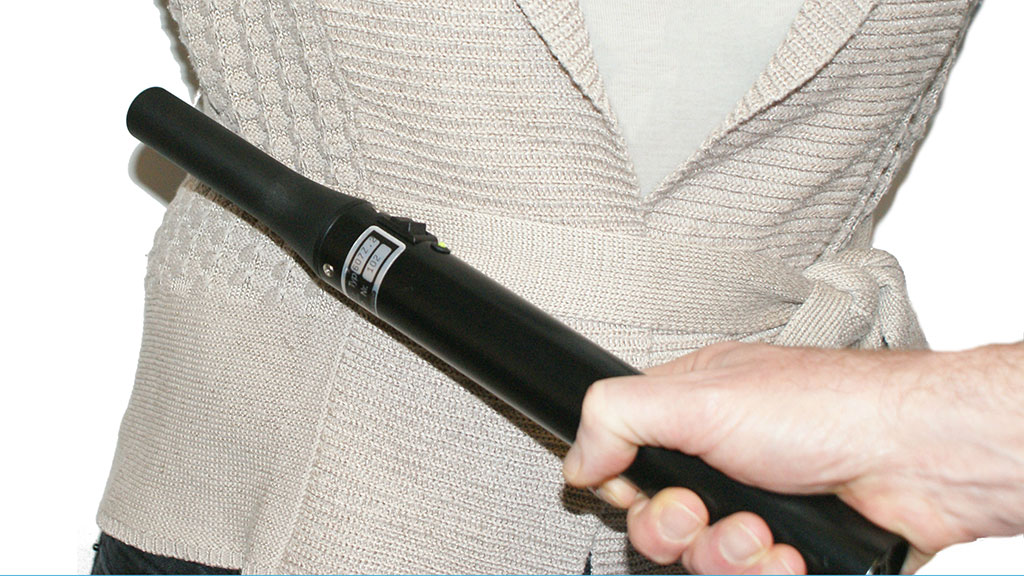 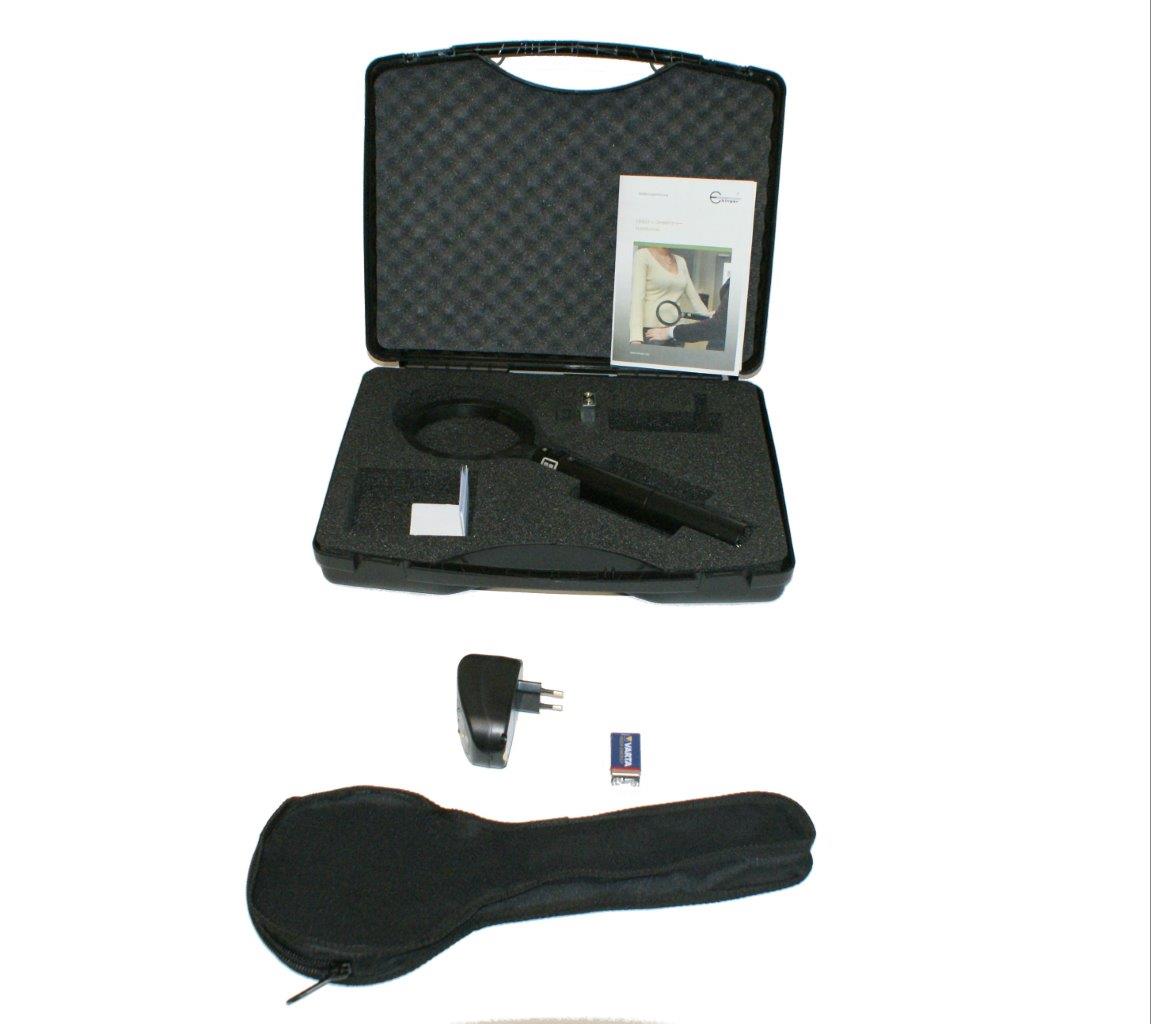