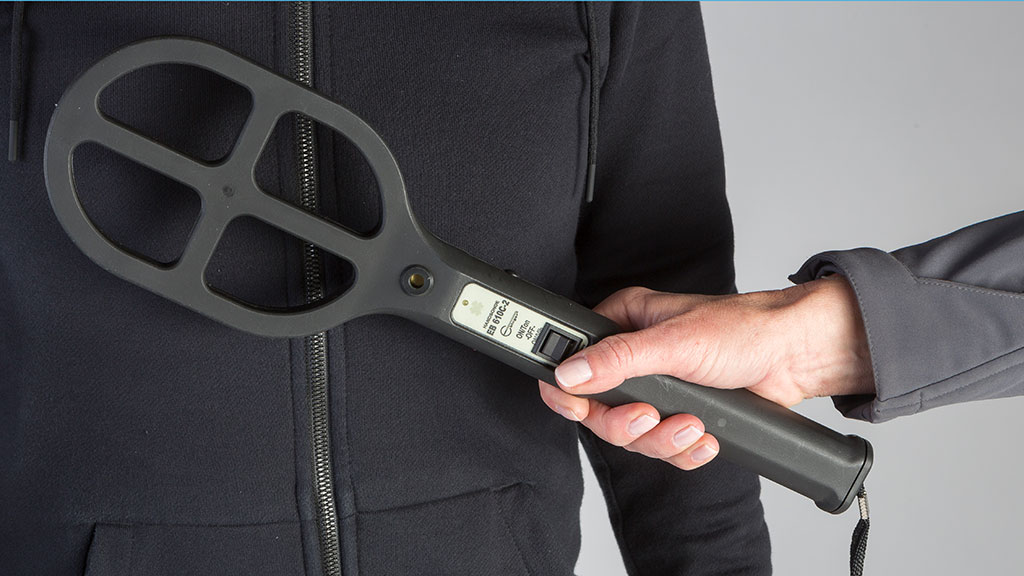 The cloverleaf handheld detector applies the EB damping system. The search coil is part of an oscillator circuit, which transmits a weak, alternating, electromagnetic field. Metal objects coming within the range of this field will cause a drain of energy. This is due to the eddy current effect and causes a change of the oscillator amplitude. The detector electronic processes this change in amplitude and converts it into an audio and visual alarm signal. A red LED signalizes the visual alarm while the detector gives an simultaneously an audio alarm, which increases in frequency upon approach of a metal object. The detector does not affect health, heart pacemakers or magnetic recording material.

The cloverleaf hand scanner has an internal adjuster to adapt the detection sensitivity. On request the hand-held detector can be supplied with cylindrical probe. This permits the precise localization of very small metal objects. The Z-version has proved itself in particular for detailed checks at prisons

The cloverleaf detector is of compact shape and consists of two very strong, glassball filled polyamid shells, which form the detector search head and the handle. Search head and handgrip form one unit. The operation fascia and the label with short instructions are placed countersunk into the handle. The handle incorporates the electronics circuitry and the battery compartment. The unit‘s well-designed shape and low weight allows easy handling over extended periods of time. The rocker switch has 3 settings and is placed next to the operators finger tip. The detector is switched off when the rocker switch is in its mid-position.

The device can be switched to give an audio or an vibration alarm. In both modes the visual indication (red LED) is operative. With the switch in upper position towards to search head audio alarm mode is selected, when in its lower position the rocker switch activates the vibration alarm mode. The optic alarm (red LED) remains activated in both operation modes. The green LED monitors battery power indicating that the battery power and that the detector is operational. If the LED indication changes from green to yellow, the battery has to be replaced soon. As soon as the LED indication changes from yellow to red the battery power has dropped below nominal value and an immediate battery replacement is necessary. 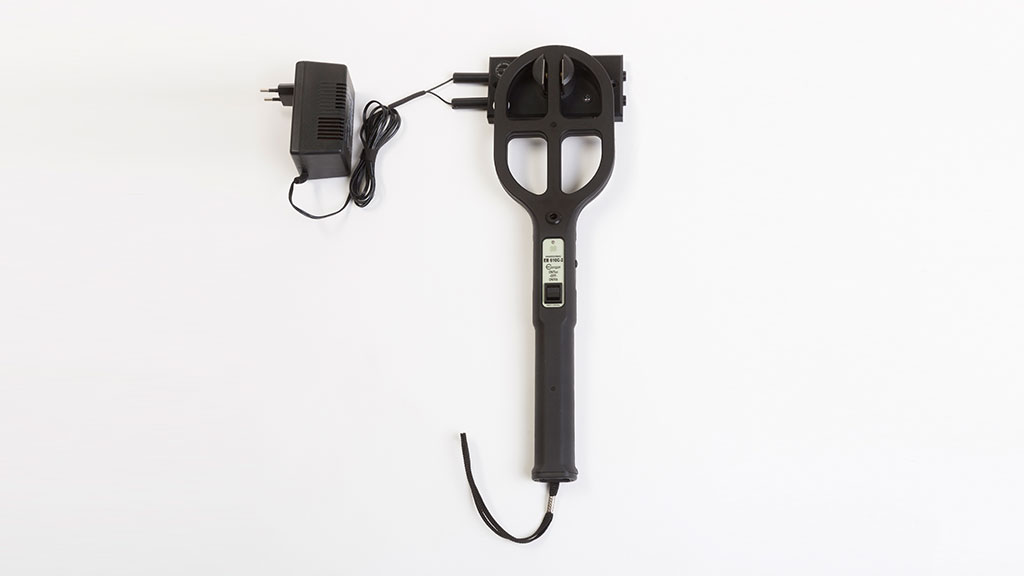 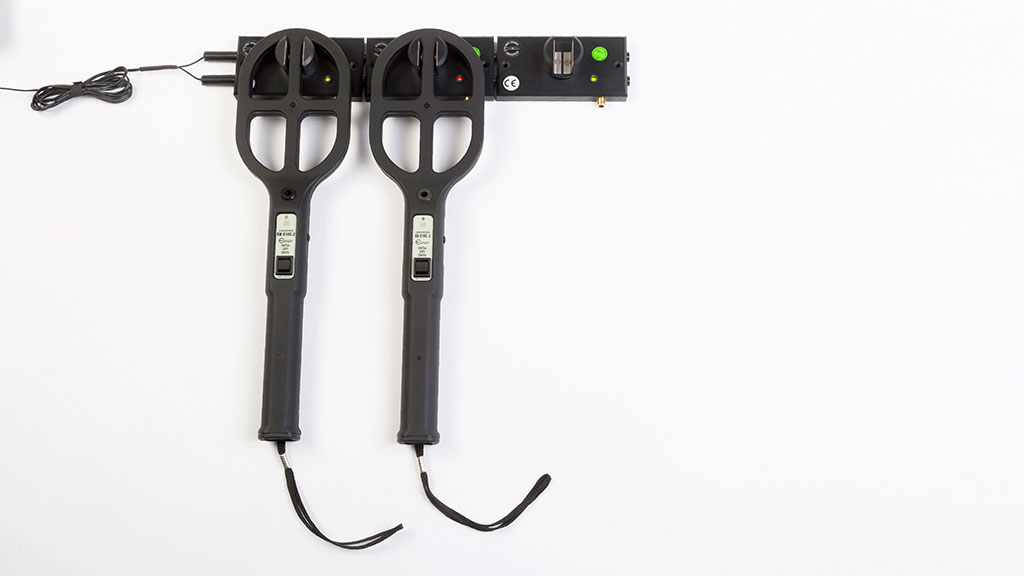 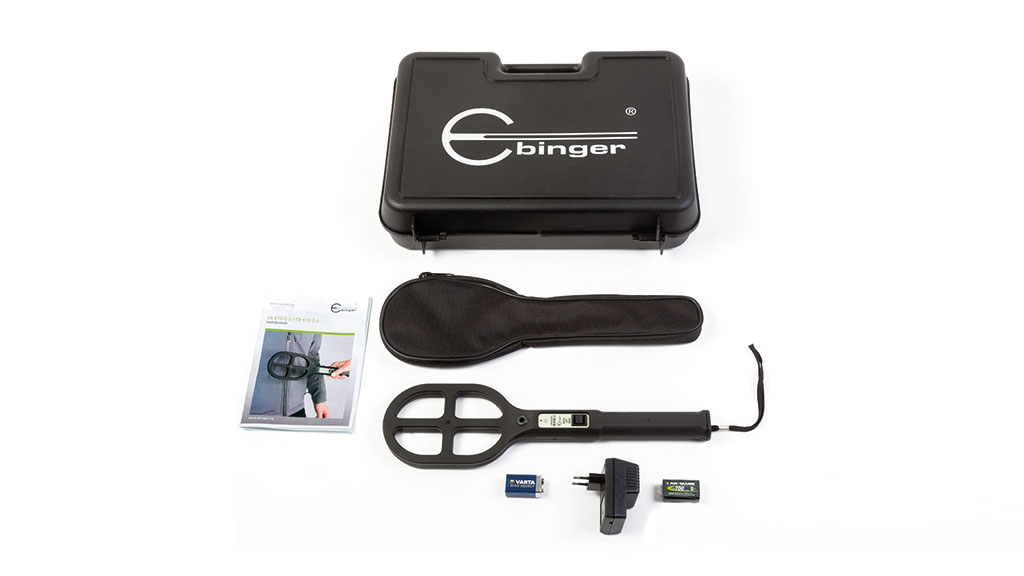 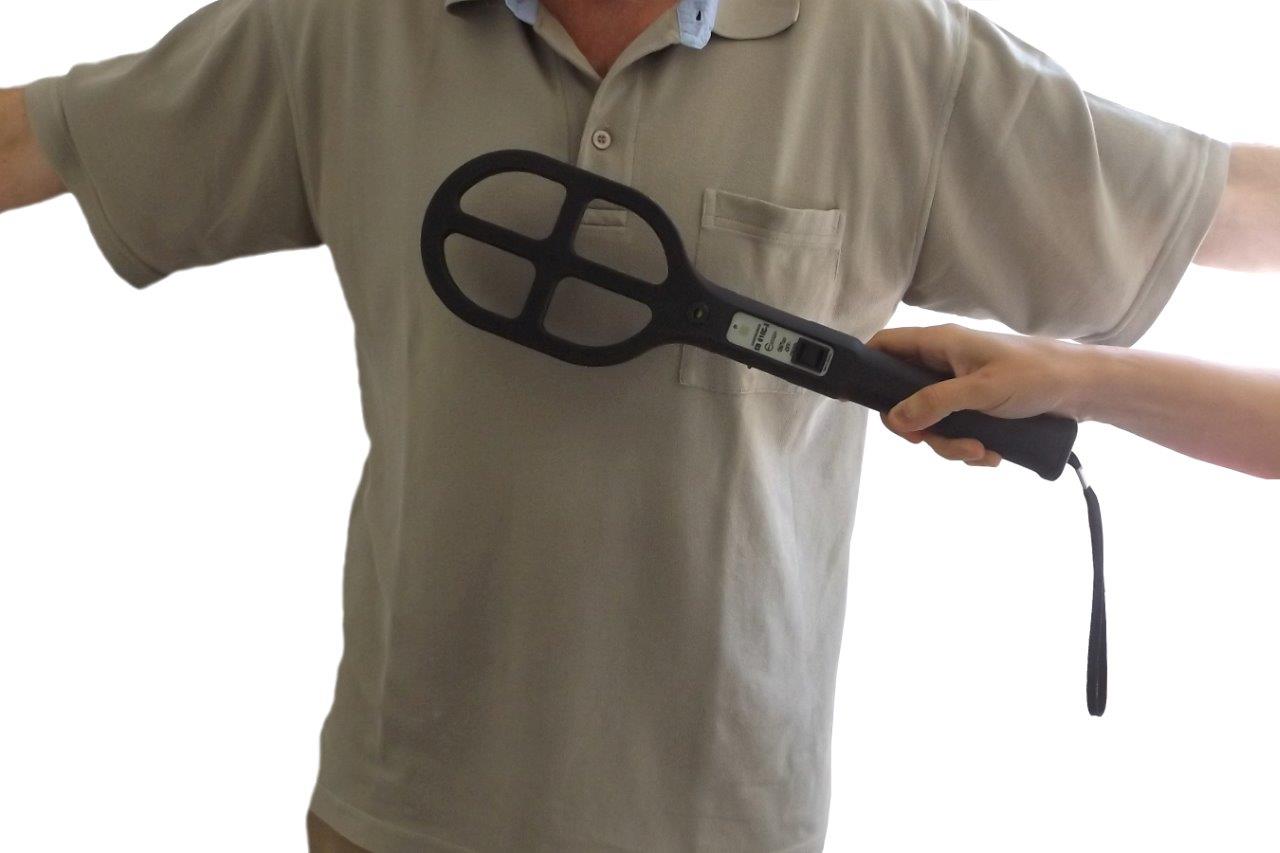 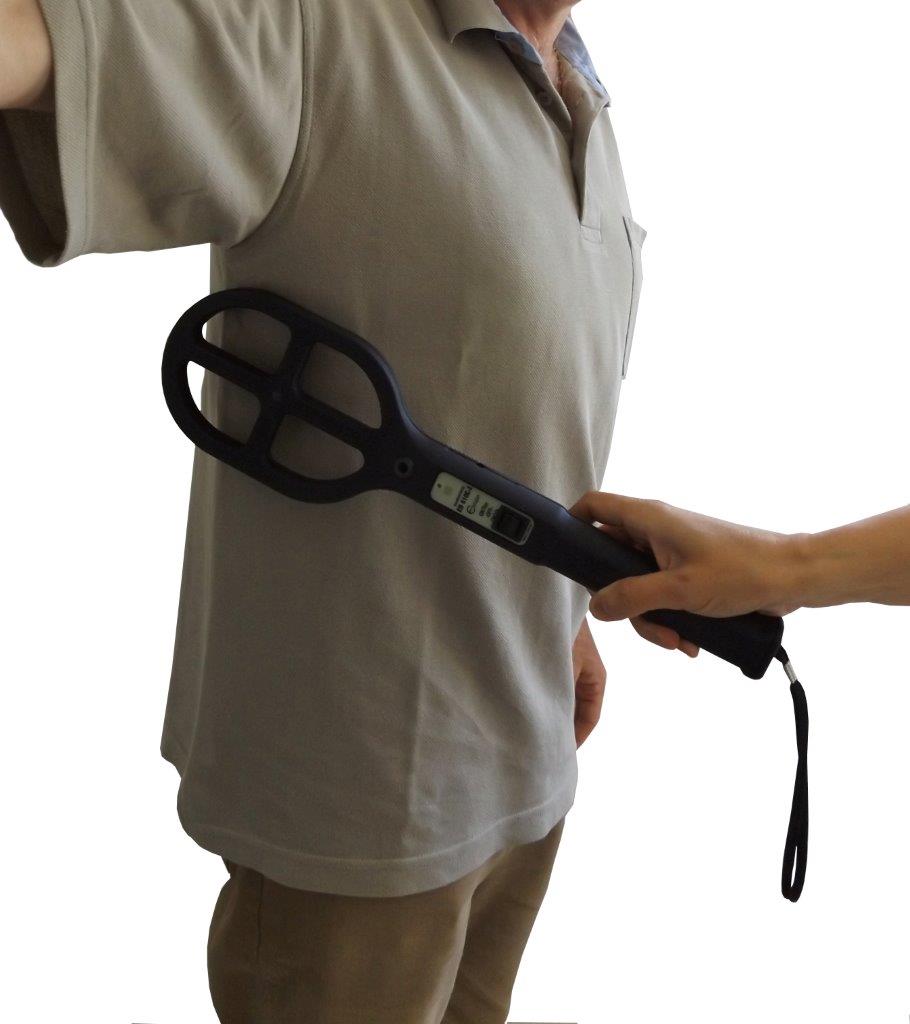