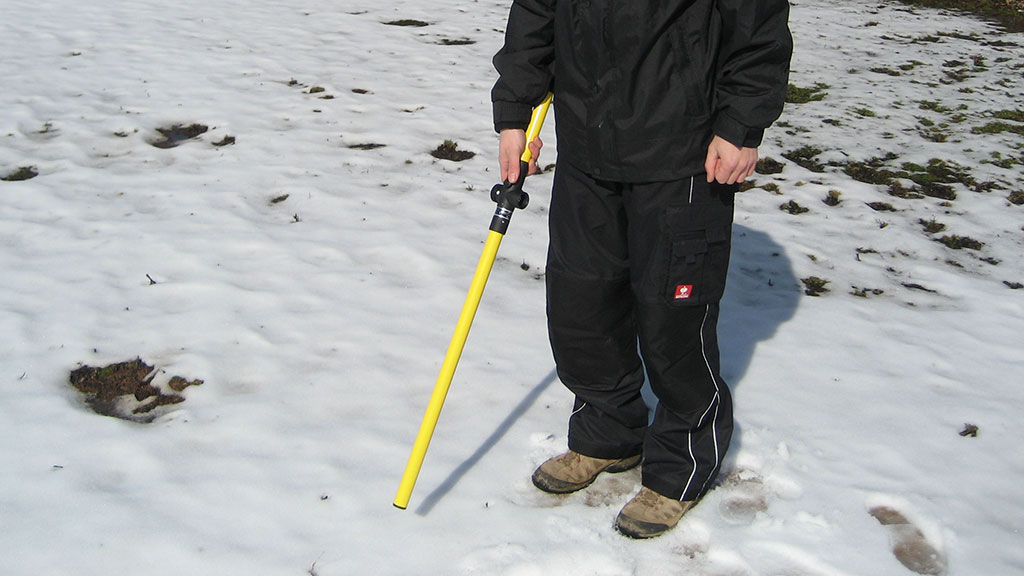 The MAGNEX® 100 B is a handy iron locator in longterm stable and innovative differential probe technology.

It detects magnetic anomalies in the normal magnetic field of the earth as caused by buried ferromagnetic objects. The detection range of the MAGNEX® locator depends on the size, position and magnetic signature of the objects to be detected.

The probe is moved in wide sweeping movements over the ground. As soon as the locator’s probe is moved into the vicinity of a ferromagnetic object, the local field distortion is converted into an audible alarm. The audio coding of the field polarity (pulsating/continuous) indicates the magnetic polarity (north or south pole) of the object to be detected.

Two dynamic detection steps are foreseen for fast subsurface localization of ferromagnetic parts. In this mode continuous magnetic interferences e.g. mineralized soil or fences can be suppressed to certain limits.

In the static mode the indication of deep buried ferromagnetic objects is provided by an audible signal, which rises in intensity as the detector approaches the target.

The MAGNEX® 100 B is a bar-type device containing sensors which are connected in differential mode, an electronics and the battery compartment.

The locator is put into operation by switching the rotary adjuster into one of the 3 sensitivity steps. The compensation knob allows a compensation of magnetic signatures resp. the device adjustment via push button.

The detection signals are transmitted by a built-in piezo loudspeaker, which indicates the detected magnetic field by a continuous or pulsating increasing audio signal informing about the detected intensity and polarity.