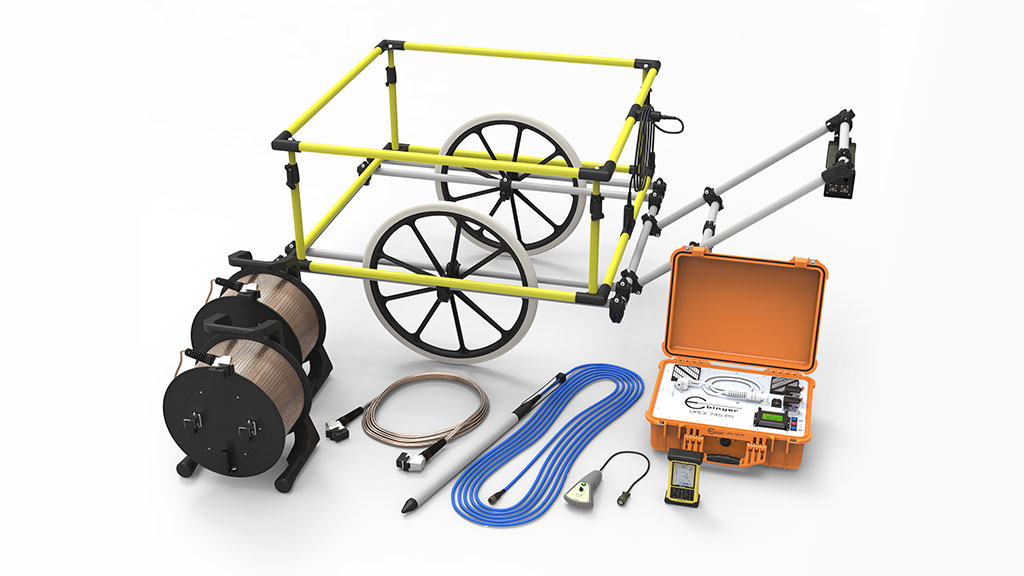 Since long there were rumors in Osterspai (near Koblenz) that there was an unexploded bomb from World War II buried somewhere in the ground. Contemporary witnesses had reported that a bomb had come down without exploding. However the bomb was not able to be located with conventional methods, namely evaluation of aerial photos and magnetic mapping. Accordingly the Rhineland-Palatinate Bomb Disposal Unit suggested to Messrs. Ebinger that they should co-operate to locate the unexploded bomb using innovative techniques.

to be precisely pin-pointed and was then able to be uncovered and defused by the bomb disposal unit.

Used for the locating operation was a 20m x 20m transmitter loop, which was laid out and then remained stationary. Within this transmitter loop the mobile receiver loop (1m x 1m) was moved within a 12m x 8m measuring field and the data from this system was recorded with the aid of the EPAD® system.

In order to permit a direct comparison to be made, the measuring field was also mapped magnetically with the EPAD-M MAGNEX® 120 LW multichannel system.

Comparison of the colour-coded maps from the passive magnetic and active electromagnetic surveying systems makes clear the enormous difference in the way they show the anomaly. Magnetically it would only have been possible to detect this unexploded bomb by bore-hole sounding!

depth of some 3–4 metres. The principal axis of the bomb lay at right angles to the direction to magnetic north, i.e. the most unfavourable situation for magnetic detection.

We thank the Rhineland-Palatinate Bomb Disposal Unit for giving us the opportunity to apply the new system.