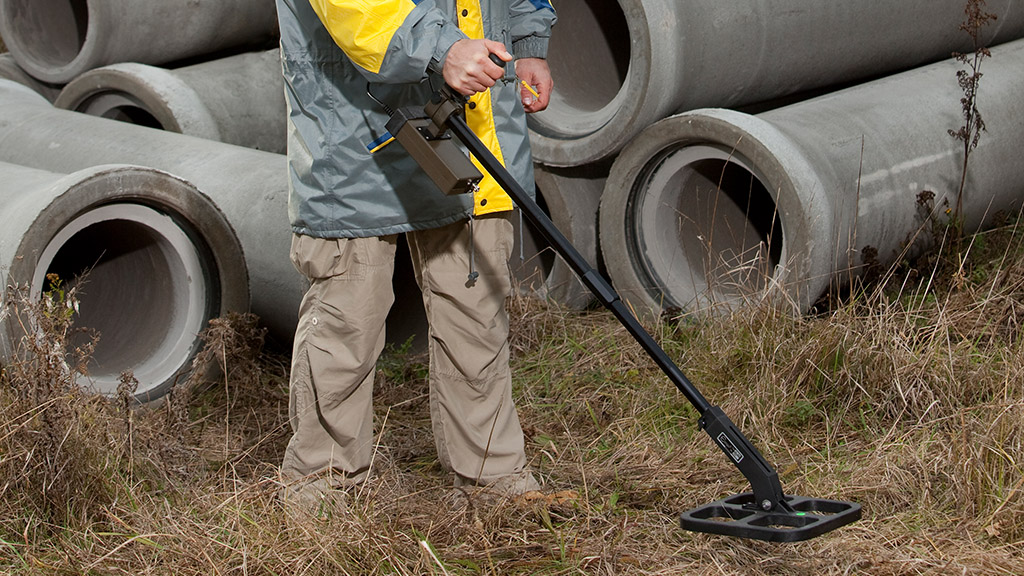 Refined marking system with the EBEX® 300 locator and subsurface markers

The locator can pinpoint the position of subsurface markers. The great advantage of the system consists in an object-selective location:

Thus, for example, the position of different pipe and cable lines concealed in the ground can be marked precisely and for an indefinite time. The different frequencies of these permit differentiation between several lines.

Scrap metal as well as the mineralization and ground conductivity have almost no effect on the location result. The subsurface markers can be detected even in the proximity of large masses of metal.

Since 40 years EBINGER passive subsurface markers are installed underground, quite a few within the framework of a scientific research program. Today the system enjoys increasing attention in civil engineering, by electricity distributors as well by municipalities responsible for public utilities. With its robust design the EBEX® 300 locator is built for longtime use in adverse conditions.

In accordance with their intended use as durable markers, they are resistant to weathering and cannot rot.

In addition to the 4 standard natural resonance frequencies, they can also be supplied with customer-specific ones.

The subsurface markers do not require any maintenance, have no batteries and are designed as a purely passive devices.

The markers are excited by the low-frequency transmission signal of the EBEX® 300 locator which forces them to emit an own natural resonance signal which is of higher frequency. This feedback is received selectively by the locator which converts it into an audio indication signal. The markers laid in the ground are frequency-coded for characterizing the line or point they are marking.